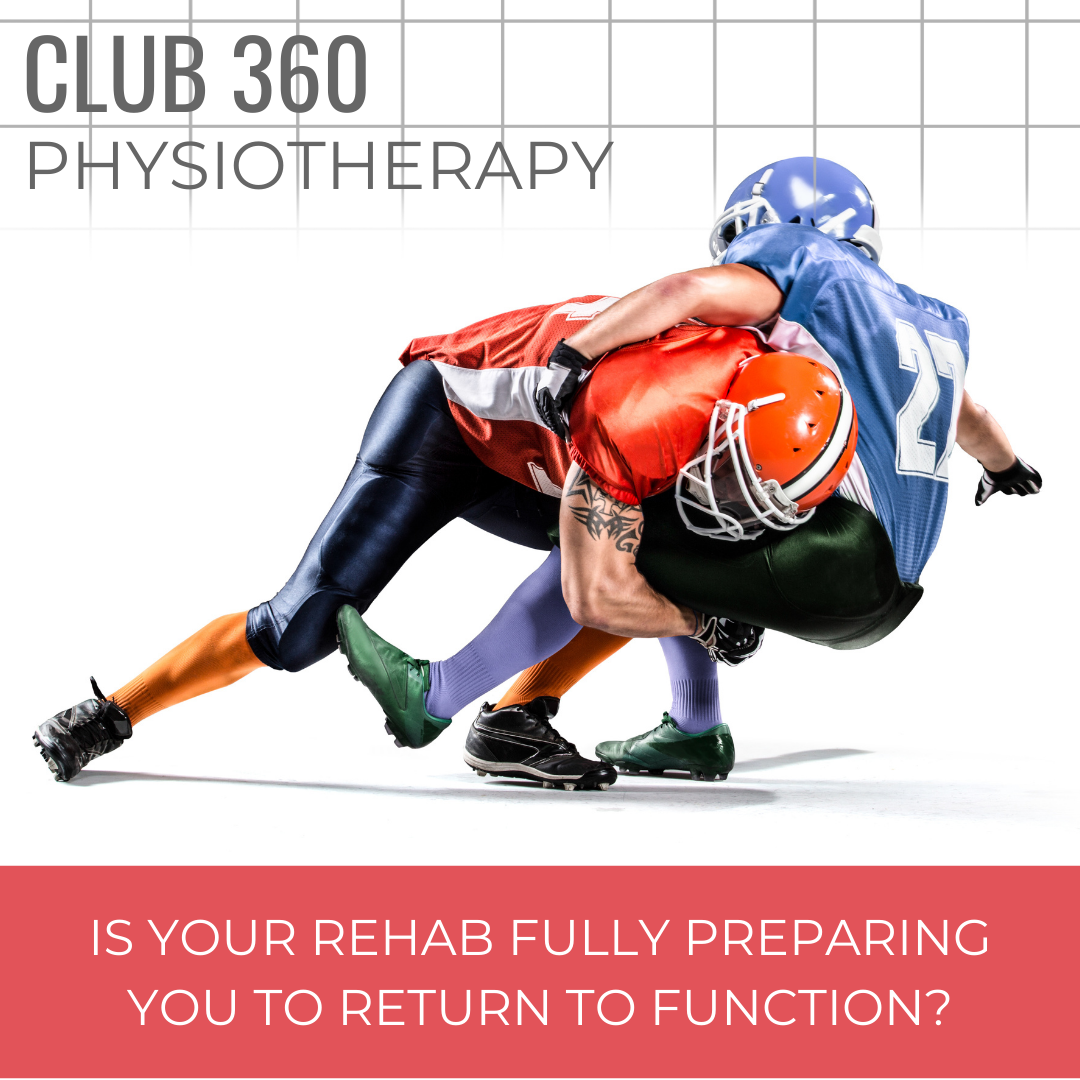 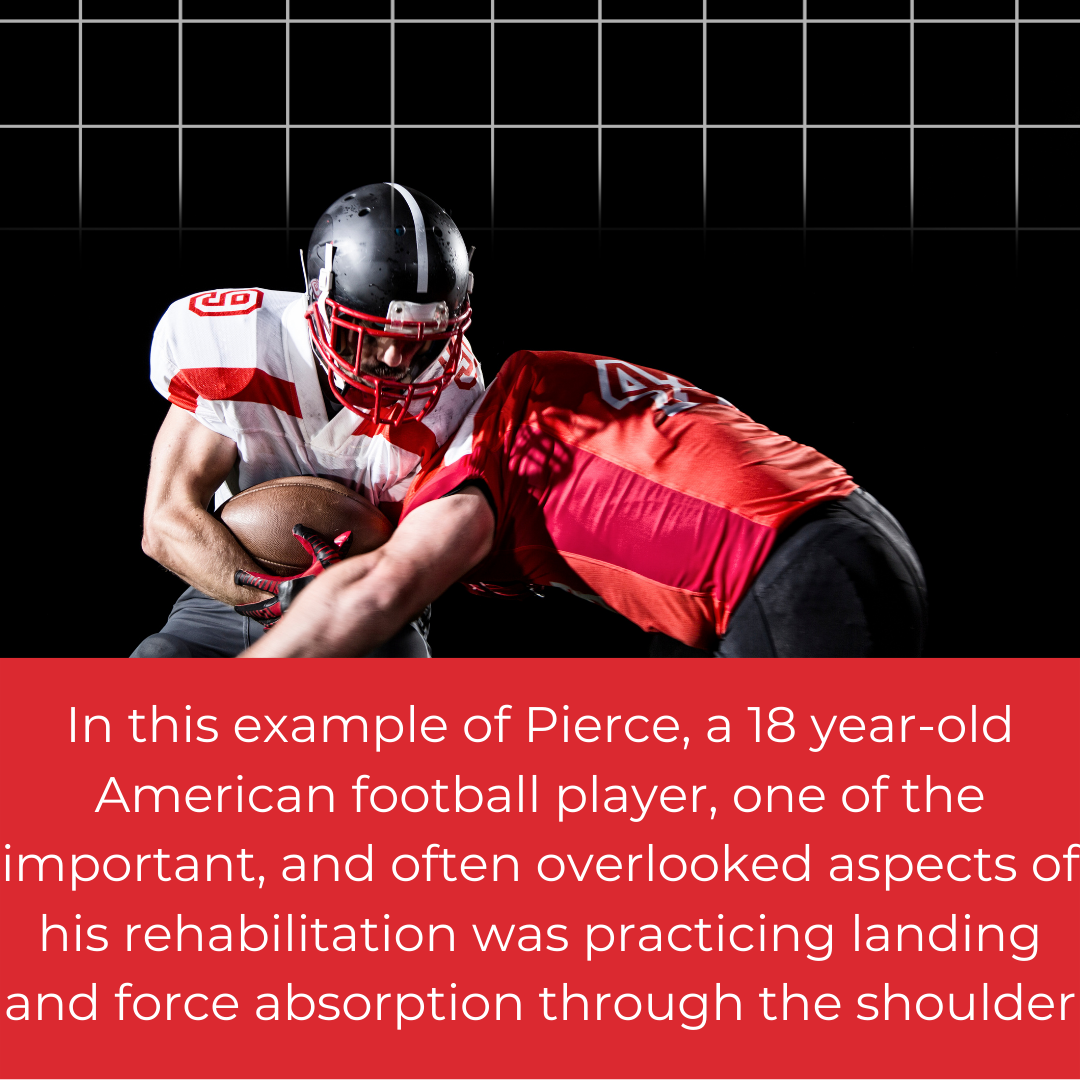 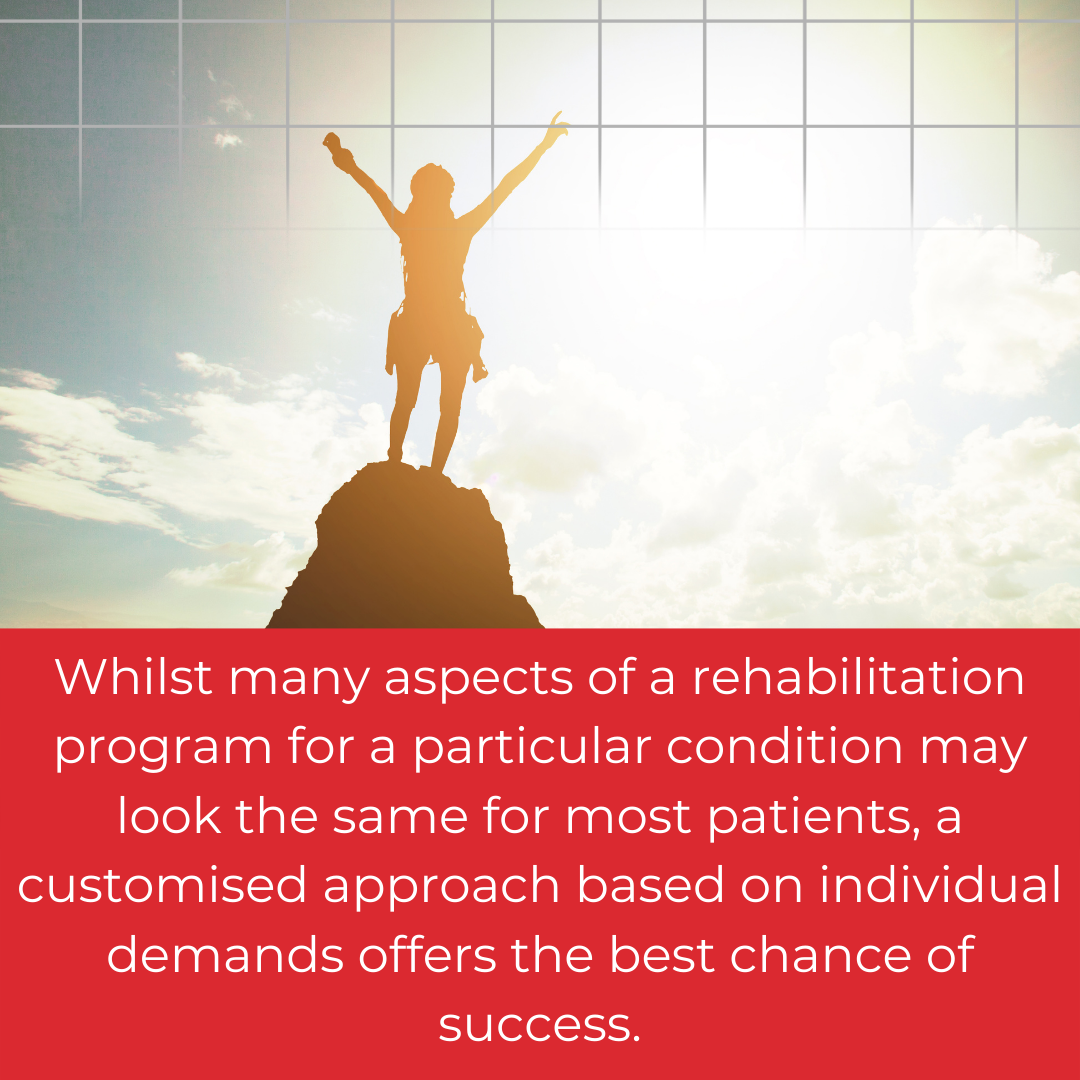 The essence of musculoskeletal rehabilitation is taking a patient from where they currently are (often a state of pain, functional impairment, an inability to do the things that are important to them, a lack of confidence in their ability to perform their regular activities or a lack of understanding around the cause of their issues) to where they need to be. As famous Canadian biomechanist says “test the capacity, identify the goal, train the gap”.

Therefore, in order for a rehabilitation program to be successful, it needs to adequately prepare the individual for the demands that they will likely encounter, whether they be in sport, work or daily life.

In this example, we have Pierce, an 18 year-old American football player recovering from a partial rotator cuff tear. Pierce was planning on playing football in college later in the year, and as such, we needed to expose his shoulder to all the demands of the sport. Obvious aspects were regaining the prerequisite strength and power necessary for throwing and tackling. What often gets overlooked are things such as landing (important for many sports, including all field sports) and in the case of contact sports, retraining the ability to absorb direct force to the affected area. This is not only critical from a physical perspective, but also, and perhaps more importantly, from a psychological standpoint. Unless an athlete fully trusts the previously injured body part, they are unlikely to be functioning at their optimal capacity. Returning to play or even training without having gradually built up this direct contact tolerance may leave the person vulnerable to reinjury, or injury to other areas of the body. As such, we had Pierce performing both landing and direct contact drills in preparation for a return to skills training.

This is only one example, and the same approach should be taken for an injury. Whilst many aspects of a rehabilitation program for a particular condition may look the same for most patients, a customised approach based on individual demands offers the best chance of success.