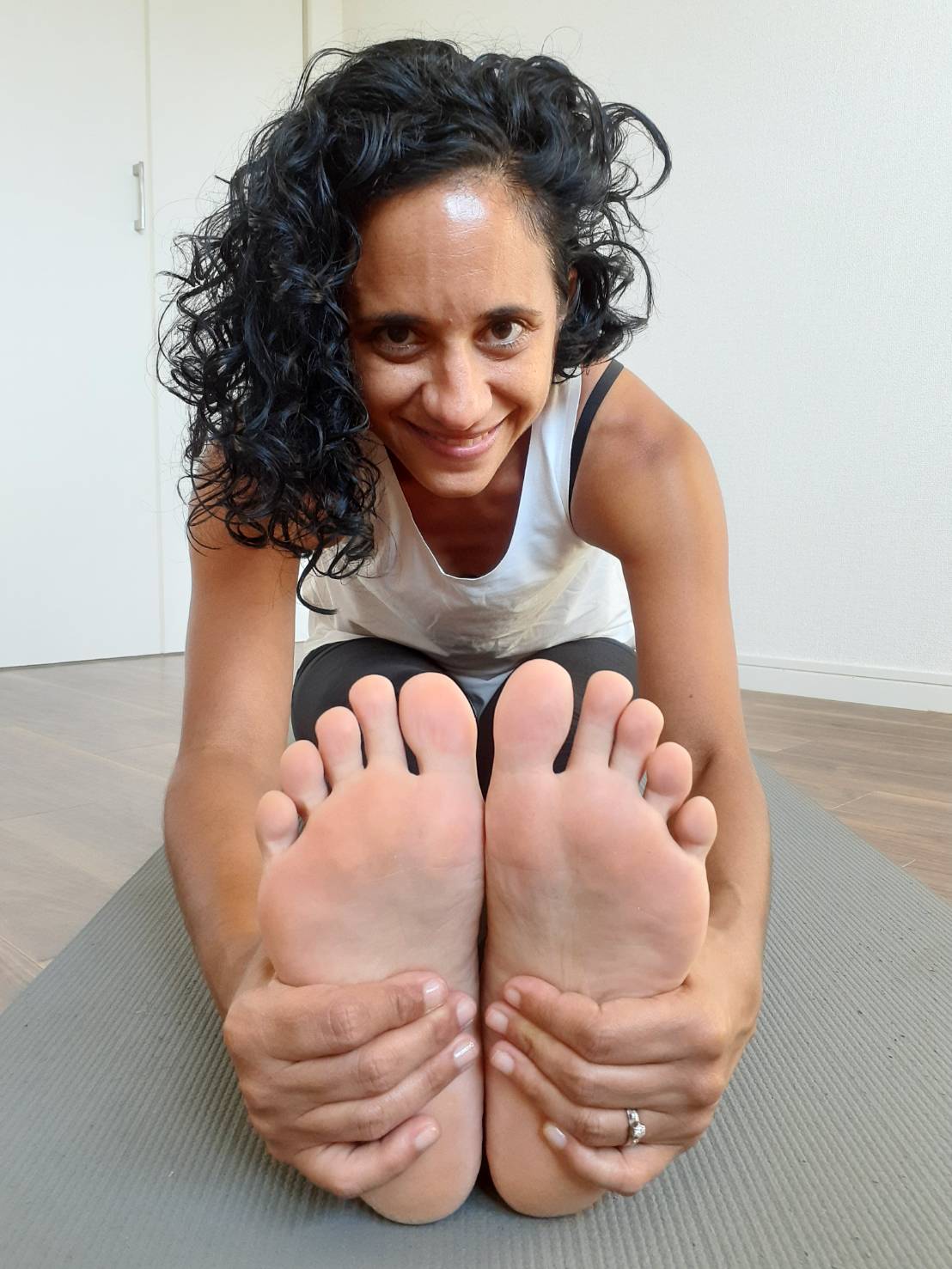 Idalis is a 46 year-old female university teacher who presented to us a year ago with a 4-year history of persistent lower back pain and neurological symptoms in the legs. The symptoms came on during a period of high stress, initially in the form of isolated back pain, which over the last year before seeing us progressed to a pins and needles sensation in the legs and numbness in the foot, which she reported feeling much worse when wearing more restrictive clothing (yoga tights etc.). Prior to the onset of these symptoms Idalis had been very active, practicing yoga to a high level and jogging regularly. Whilst she didn’t have any relevant orthopedic history, she did report previously suffering insomnia and having perfectionist traits

She had undergone several investigations, including an MRI which ruled out any major spinal pathology, blood work to rule out autoimmune issues, and a nerve conduction test which ruled out any nerve pathology. Previous treatment had included epidural injections, a physiotherapy program targeted at core and glute strengthening,and the use of an ergonomic chair.

Idalis reported her symptoms being worse with sitting for more than 20 minutes and after forward bending tasks. On physical assessment Idalis demonstrated full range of motion through the lower back and very good hip and upper back mobility. Strength testing revealed no major deficits in strength capacity. Neurological testing was also unremarkable. A further aspect to her assessment was the use of patient outcome measures, specifically the LANSS and OREBRO questionnaires, to which she tested positive, indicating a psychological aspect to her pain, and a poorer prognosis of return to function.

Following this assessment and paying a great deal of attention to her history, we made the working diagnosis of “neuropathic pain with central hypersensitivity”. When we experience pain, it is essentially a warning signal that our system is under some degree of threat. In the case of acute-onset, the pain is usually well correlated with the degree of tissue damage. However, as a pain experience drags on and becomes more persistent, the strength of this correlation is diminished. In some states of persistent pain there may be no structural damage, but the nervous system has become so upregulated that it continues providing a (now unnecessary) protective response. With neuropathic pain with central hypersensitivity, the nervous system starts to produce other protective responses such as the numbness and tingling that Idalis was experiencing. These conditions generally don’t do well with traditional manual therapy and exercise interventions, which in many cases can make things worse.

The first step with Idalis was education. By this stage in a persistent pain condition, people will start to feel very fearful around their condition. We explained that the periphery of her body was actually in excellent condition and she should trust her body, the treatment focus needed to be on treating the brain and nervous system. Idalis has started seeing a pain psychologist, and we worked together on reinforcing the same messages. We used a range of psychological strategies to decrease her fear and build confidence in her physicality. We needed to address the perfectionist aspect of her personality to temporarily distance her identity from her previous self, in order to avoid constant comparison.

From an exercise perspective, we had to progress extremely slowly. When we are performing exercise to elicit a physiological adaptation, we need to stress our tissues quite hard. However when we are aiming to tone down the upregulation of the nervous system, we need to progress extremely slowly. We initially had Idalis performing very gentle movements of the spine, for only 3-4 repetitions per day, and gradually building up this number provided there was no worsening in symptoms. From here we started incorporating gentle yoga movements, again, progressing very slowly and only if symptoms did not worsen afterwards.

After a while we introduced resistance training, starting with very basic bodyweight movements and adding load over time. While Idalis did eventually build strength with the program, the initial goal was to use the weight training to build resilience through the nervous system and confidence in her athletic ability. Running was reintroduced in the same way, starting with 1 minute of jogging followed by 9 minutes of walking for 3 sets, and gradually increasing the running ratio. We used the same graded exposure approach to train her tolerance of tight clothing, gradually increasing the length of time that she can sustain wearing tights.

Within months of starting treatment Idalis had built up her strength training, yoga and running, was experiencing less pain and tingling, and was overall much happier. Now, just over a year later, she is reporting minimal symptoms, and the symptoms she does experience she is able to rationalize and cope with without having them affect her function.

Chronic/persistent pain can have a huge impact on the quality of a person’s life, and poses a major challenge to the treating clinician. Appropriate initial diagnosis and treatment strategy, considering all aspects of the client’s presentation, medical history, personality and goals is critical for a successful outcome. Idalis’ story shows that there is hope for those dealing with chronic pain.