Why we absolutely must train the non-injured limb 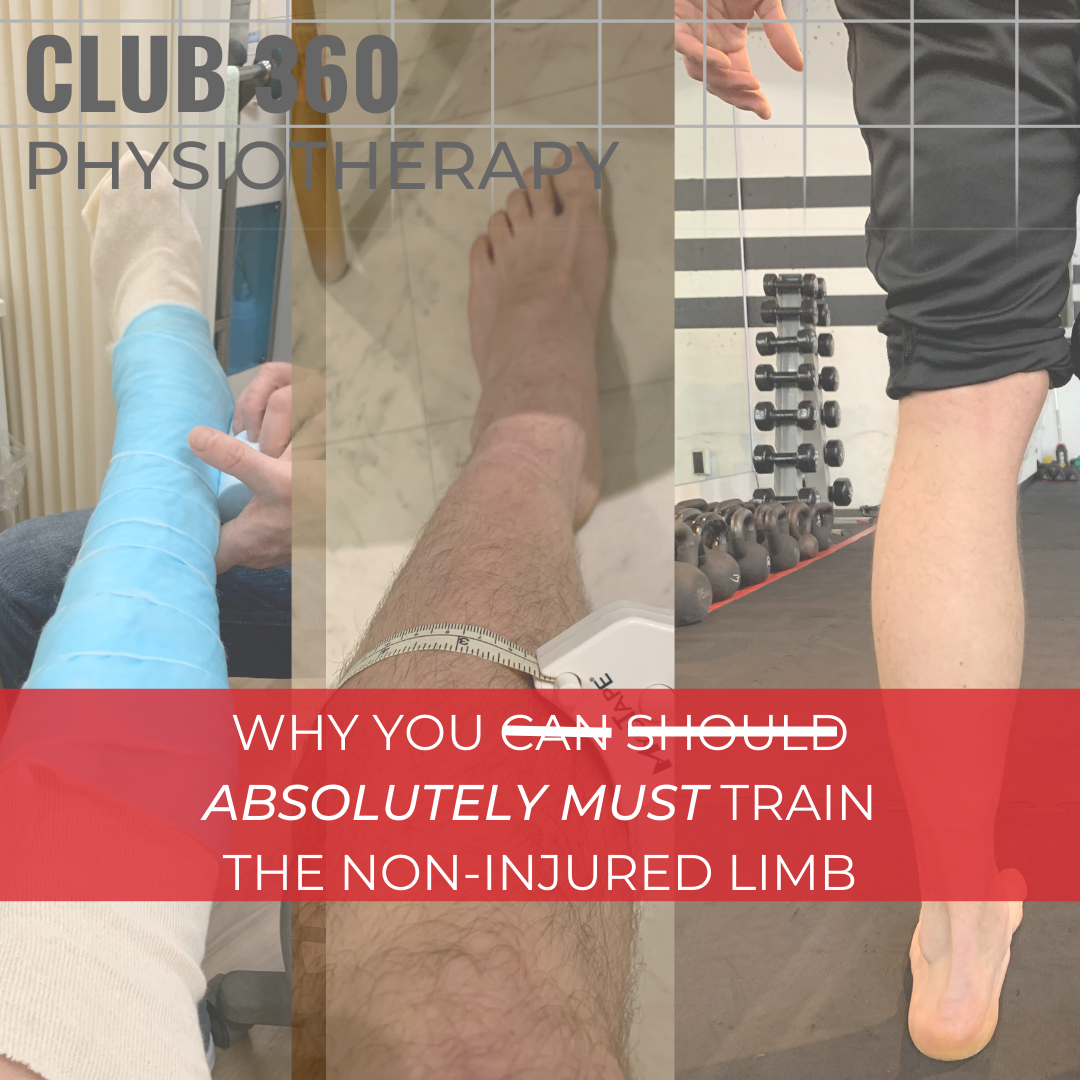 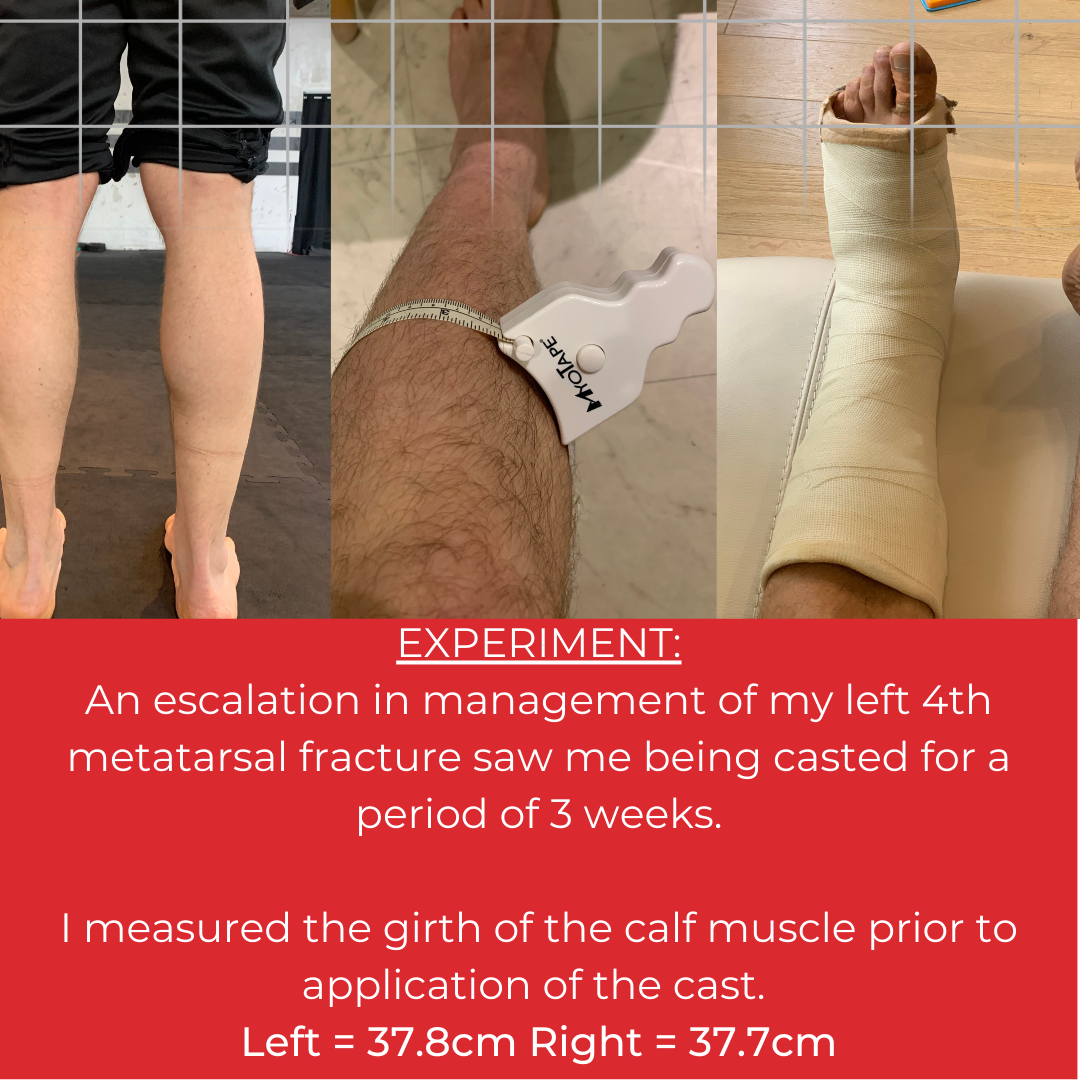 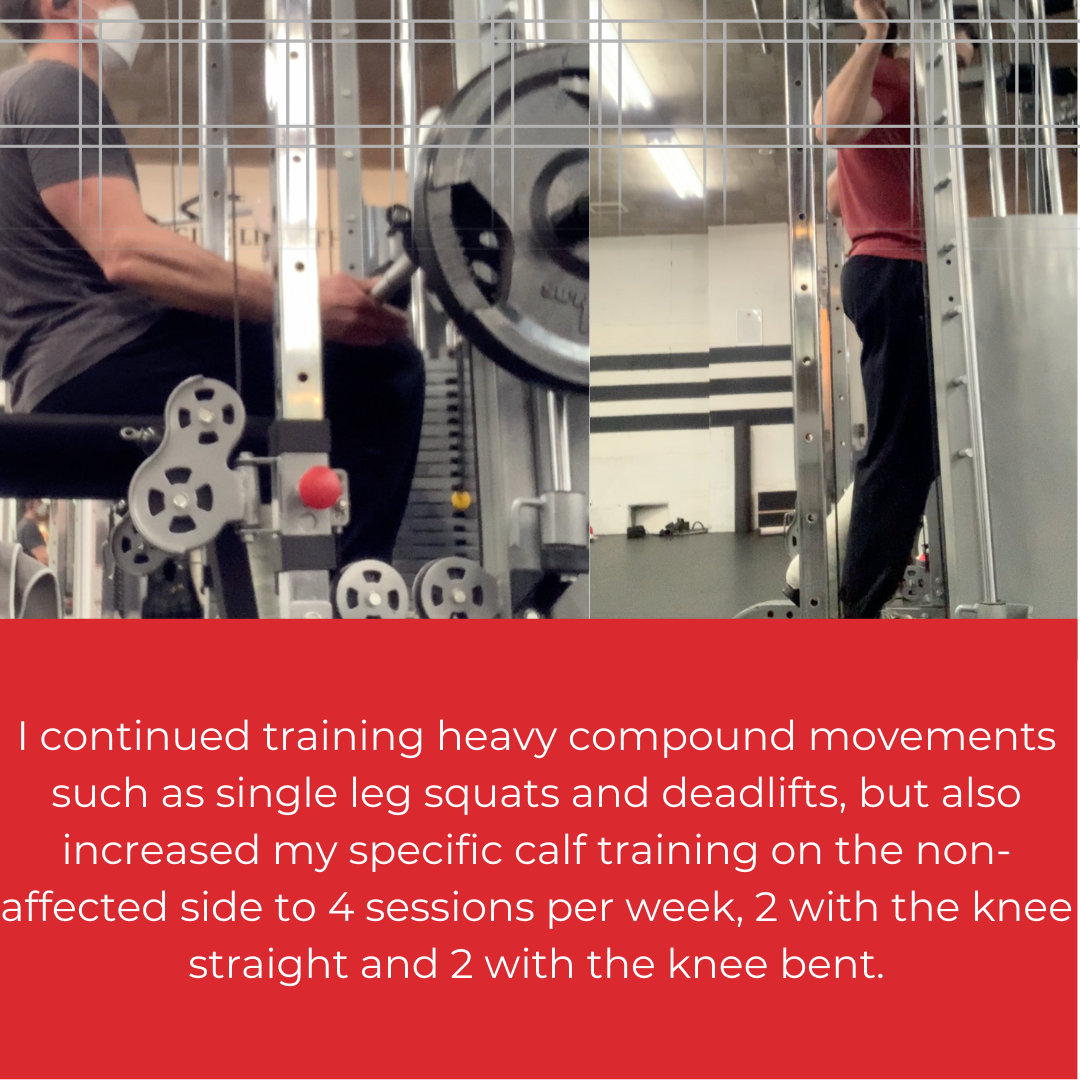 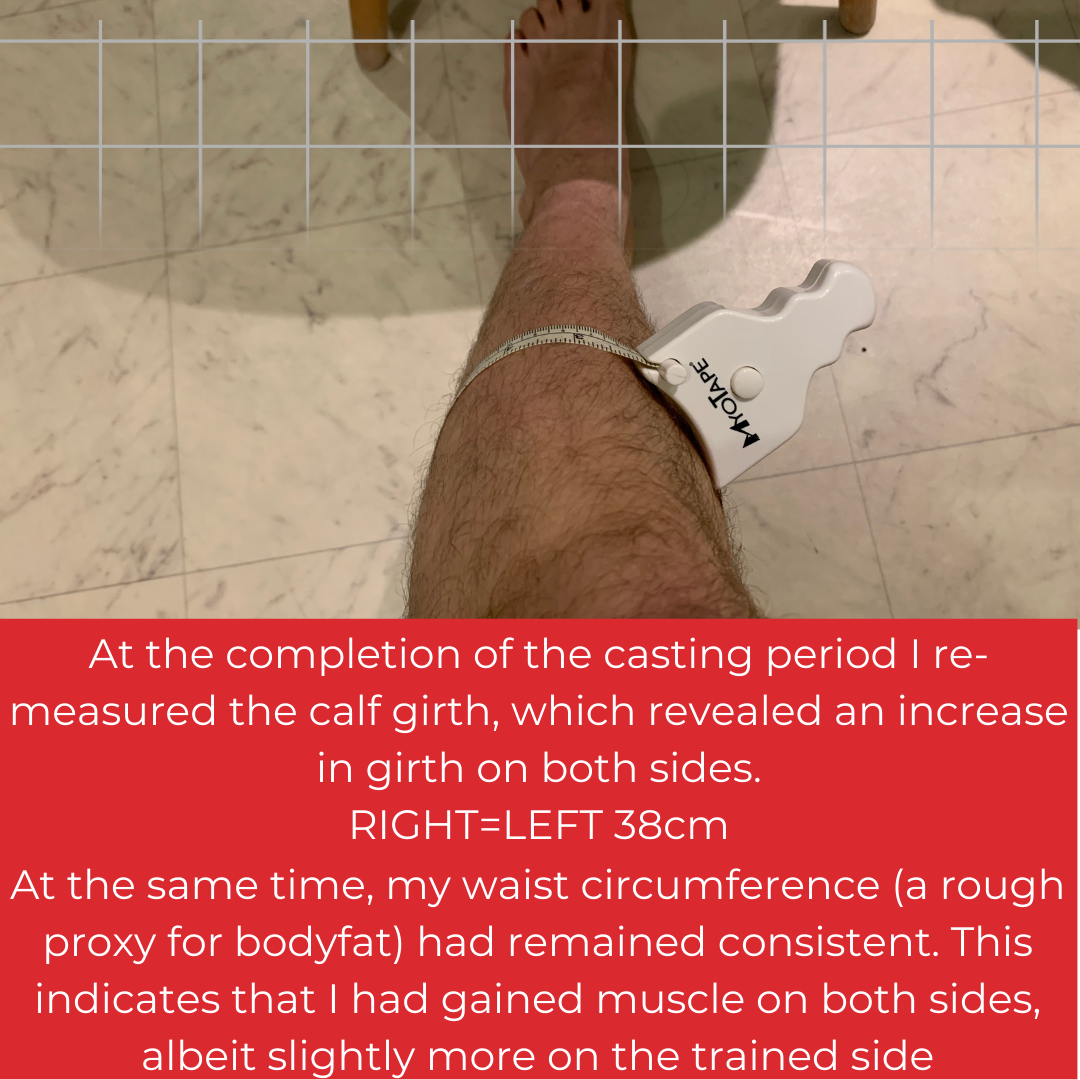 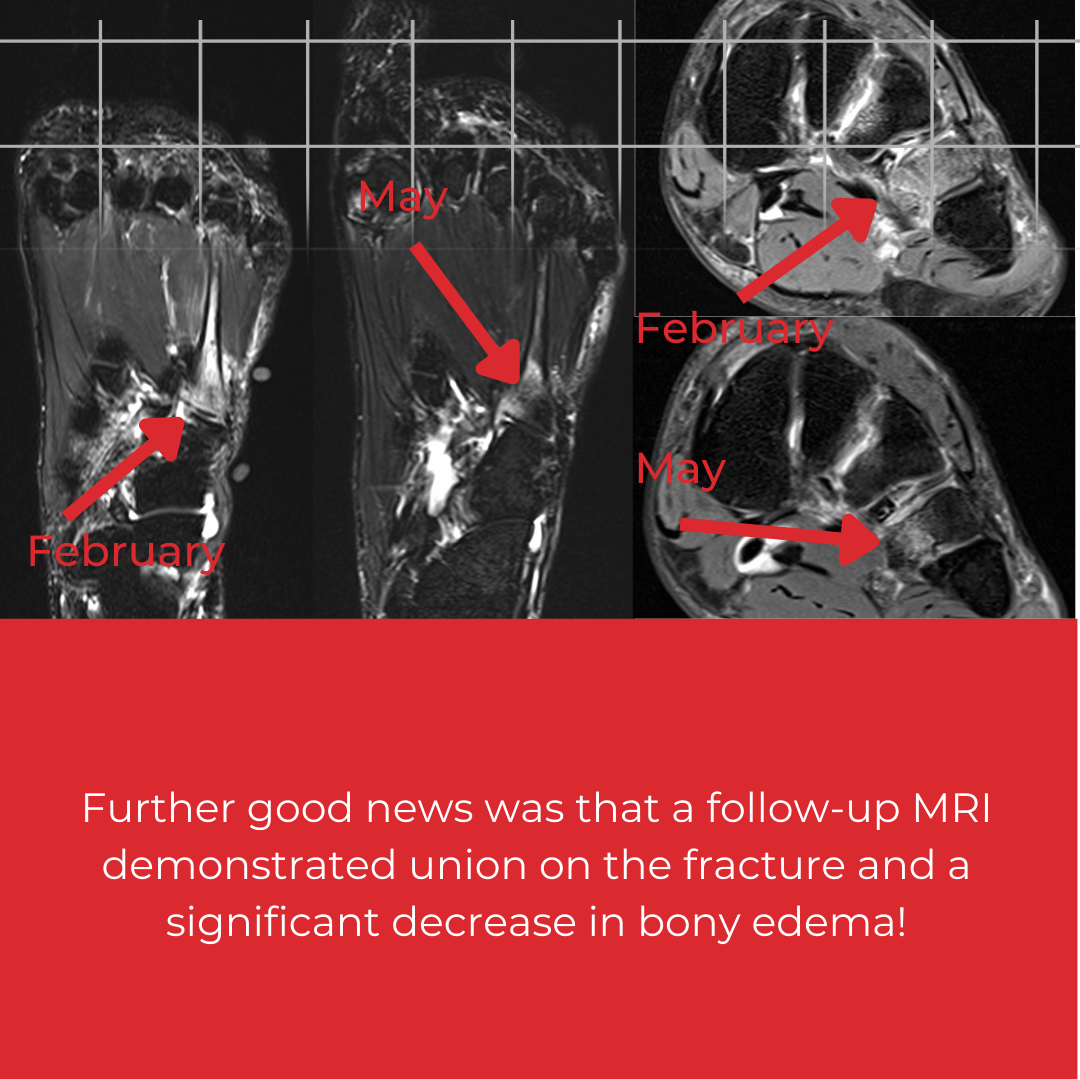 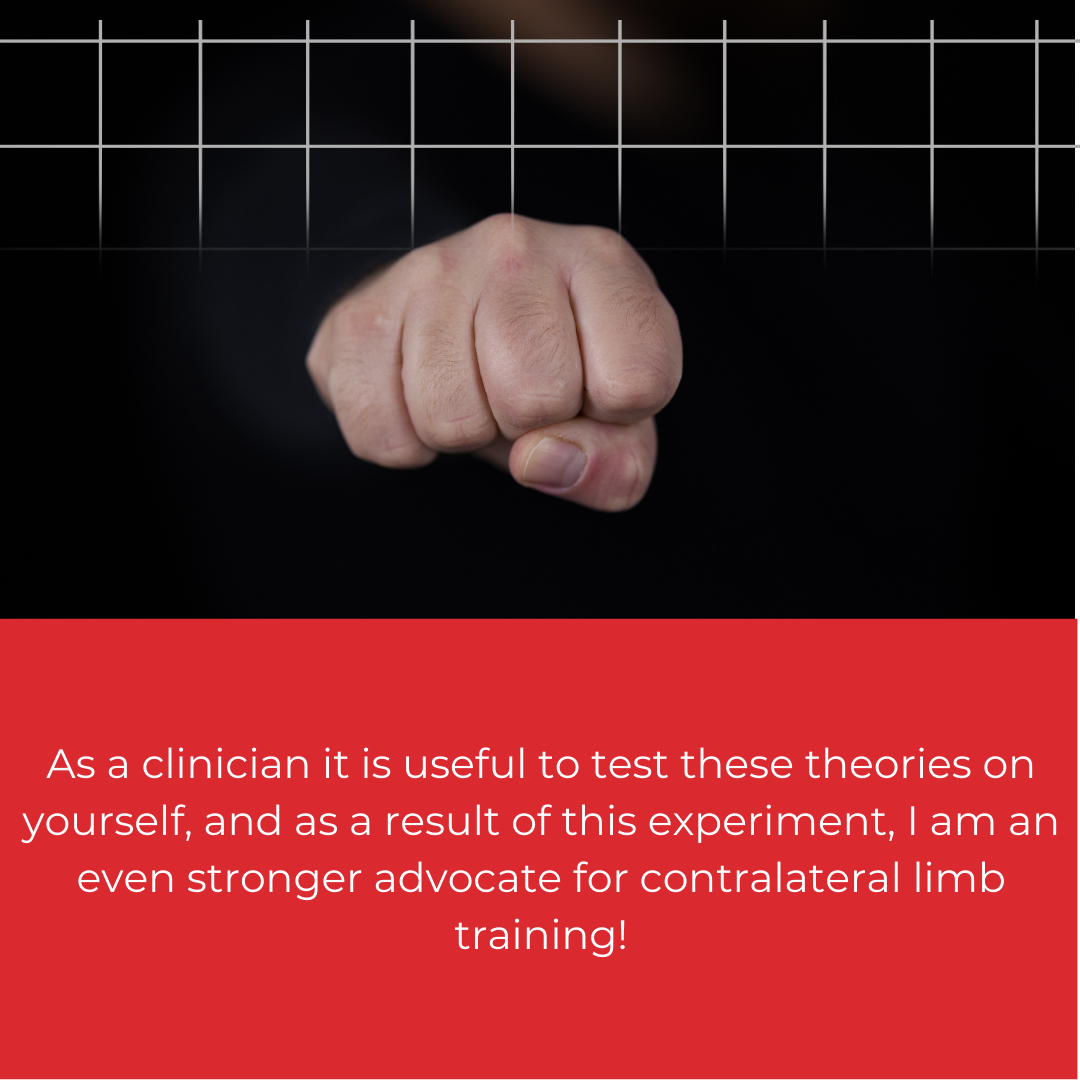 I have written and spoken extensively about the cross-education effect in the past. For a brief synopsis check out Ask 360 episode 11, released on October 1st 2021. The cross-education effect essentially refers to the notion that training one side of the body will result in positive adaptations to the opposite side. The mechanisms responsible for this are thought to be neurally mediated. Several studies now have demonstrated the ability to gain strength and maintain muscle bulk in an immobilised limb by performing resistance training with the free limb, compared to a control group, who lose strength and size.

Training the non-affected limb fits well with our rehabilitation ethos of focusing on what we can do and not on what we can’t, but having an understanding that continuing to work the opposite side will positively influence the injured limb adds another level of validation for this approach.

I recently had the opportunity to test the cross-education theory on myself. An escalation in management of my left 4th metatarsal (long bone in the foot) fracture saw me being casted for a period of 3 weeks in order to immobilise the fracture site and promote healing. I measured the girth of the calf muscle prior to application of the cast. These measurements were 37.7cm on the right, 37.8cm on the left.

I continued training heavy compound movements such as single leg squats and deadlifts, but also increased my specific calf training on the non-affected side to 4 sessions per week, 2 with the knee straight and 2 with the knee bent.

At the completion of the casting period I re-measured the calf girth, which revealed an increase in girth on both sides, 38cm left=right. At the same time, my waist circumference (a rough proxy for bodyfat) had remained consistent. This indicates that I had gained muscle on both sides, albeit slightly more on the trained side, which was to be expected.

Further good news was that a follow-up MRI demonstrated union on the fracture and a significant decrease in bony edema!

As a clinician it is useful to test these theories on yourself, and as a result of this experiment, I am an even stronger advocate for contralateral limb training.